Why Should My Dog Take MSM? 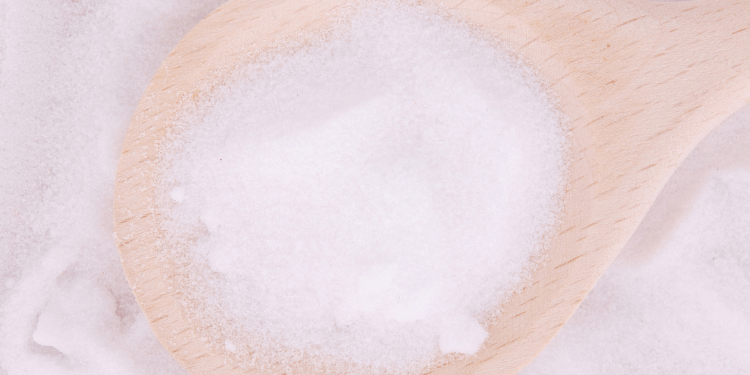 You may be familiar with MSM as a top ingredient in dog joint supplements, but it also does so much more. Officially known as methylsulfonylmethane, MSM contains notable amounts of sulfur, an essential element your dog may not be receiving from his food or other sources.

Sulfur plays a crucial role in overall health, and MSM powder for dogs can help ensure your pet is getting the amounts he needs for optimum well-being.

Why Sulfur for Dogs?

The sodium-potassium pump regulates what flows into and out of cells, allowing nutrients and fluids to flow in while ensuring waste and toxins flow out. Sulfur neutralizes toxins within a cell, and every time toxins leave a cell, the sulfur leaves with it.

A steady supply of sulfur is required to ensure toxins are properly neutralized and removed from cells. Healthy cells result in healthy tissues, healthy organs, and an overall healthy body. 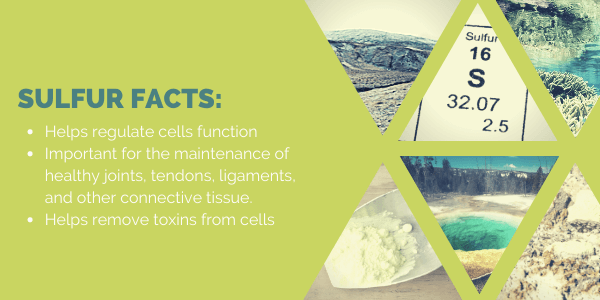 MSM is hailed as a joint healer for its ability to reduce inflammation, block pain signals and help strengthen the structural bond of connective tissue. Some of those same abilities make MSM for dogs helpful for several other issues. These include:

Serving as an antioxidant: With the ability to bind and inactivate free radicals, MSM is a powerful antioxidant. Excess free radicals can be caused by stress, pollution, heavy metals, radiation, and contaminants in food and drinking water.

Assisting with detoxification: As an antioxidant, MSM helps neutralize and flush toxins from cells. MSM not only neutralizes toxins but also enhances cell membrane permeability. This makes it easier for nutrients to flow into and toxins to flow out of cells.

Increasing nutrient uptake: MSM boosts the power of many vitamins and nutrients, enhancing both their ability to enter cells as well as their lifespan.

Alleviating allergy symptoms: In addition to reducing inflammation and assisting with detoxification, MSM helps reduce allergy symptoms by binding to the mucus membrane. This creates a natural barricade against allergens.

Eliminating parasites: MSM has been shown to eliminate intestinal worms, such as roundworms, Trichomonas, Giardia, nematodes, and others.

In addition to the benefits noted above, MSM has been shown to be helpful with the treatment or prevention of several diseases. These include:

Neurological diseases: Because MSM is one of the few antioxidants able to pass the blood-brain barrier, it is able to help detoxify and restore membrane elasticity to nerve cells in the brain.

Diabetes: sulfur-rich MSM has been shown to help with inflammation, insulin resistance, hyperglycemia, and other metabolic dysfunctions, potentially making it a feasible treatment option for type 2 diabetes and other obesity-related metabolic disorders.

Cancer: Studies on rats have shown that oral ingestion of MSM delayed the development of tumors, as well as the length of time it took for those tumors to become cancerous.

The benefits of MSM for dogs include yet go far beyond joint health. Its high amounts of sulfur help keep cells functioning properly which, in turn, keeps the entire body functioning properly. Its antioxidant properties help eliminate harmful free radicals and toxins. Its ability to reduce pain and inflammation further assists with specific conditions and overall good health.

Your dog doesn’t need to be taking a joint supplement to enjoy the advantages of MSM, either. In fact, many joint supplements don’t contain adequate amounts of MSM to reap the greatest rewards. MSM Joint Boost does. MSM Joint Boost contains pure MSM powder for dogs, making it easy and affordable for your dog to receive the levels of MSM he needs for the healthiest life. TopDog’s MSM Joint Boost features OptiMSM®, which is known as the purest, safest, and most consistent MSM in the world. Although MSM is a common ingredient in dog joint supplements, not all companies use safe and pure OptiMSM®.

How to Make Your Next Vet Visit Less Stressful
July 1, 2020