Go Green with the Green Lipped Mussel: The Ultimate All-Natural Joint Supplement for Your Dog 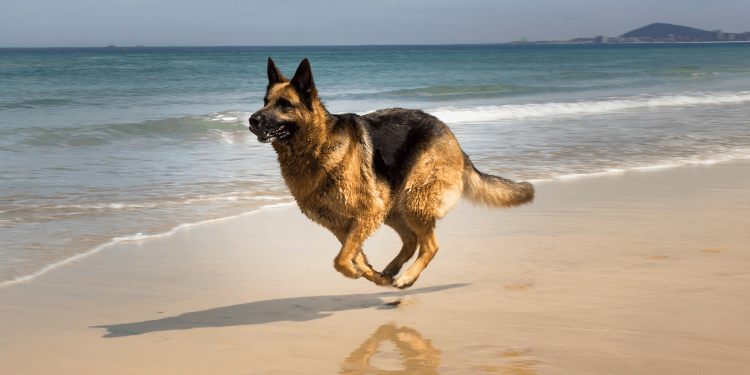 If you’re not yet familiar with the green-lipped mussel, its very name may conjure up all sorts of questions: “Mussels have lips?” “Why are they green…?” But we’re confident that the more you get to know these small but mighty mollusks, the more you’ll come to love them.

If you’ve got a dog suffering from joint pain, and want to treat them naturally without the risk of nasty side effects, the green-lipped mussel is your new best friend. We’ve touted our deep affection for these little omega-3 powerhouses previously (you can read more in our post The Top 5 Advantages of the Green Lipped Mussel Over Fish Oil), but here are a few highlights of why green-lipped mussel oil is the ultimate joint supplement for dogs:

If that wasn’t enough to pique your interest, the green-lipped mussel is also an environmentalist’s dream. We’re going green and explaining why incorporating green-lipped mussel oil into your dog’s diet (which can be as easy as adding a few pumps to their food) is not only a great way to help your pup’s joints, but also to help the environment. The Poster Child for Bio-sustainability

If your dog is suffering from arthritis or other joint issues, you may have heard an omega-3 supplement will be beneficial. This is certainly true, but the go-to omega-3 tends to be fish oil. Recently, green-lipped mussel oil is seeing a surge in popularity, not only because it’s a more complete omega-3 proven to better combat inflammation, but also because it’s a purer product with less of an environmental impact.

To show you why here’s a bit of background. Simply put, the green-lipped mussel is just what it sounds like – a species of mussels with a green edge, or lip, around their shells. They are found only in the pristine waters of New Zealand, and herein lies the secret to their incredible benefits – for your dog and the planet.

While the Maoris, the native people of New Zealand, have known about the health benefits of green-lipped mussels for centuries, they have only recently been introduced in the west. As demand for these nutritional powerhouses began to rise, an ingenious method of harvesting the mussels was created. Instead of resorting to harmful dredging methods to fill the demand, growers turned to aquaculture.

By growing the mussels on ropes suspended from rafts in the open water, the mollusks can thrive in their natural environment – requiring no special food or feeding. They eat phytoplankton, which is abundant in the rich New Zealand waters – and do not eat anything that is needed by other sea creatures. This means that the entire growing and harvesting process leaves no impact on the environment (unlike the production of fish oil, with the overfishing of our oceans being a major problem). New Zealand Greenshell™ Mussels have been ranked one of the top two eco-friendly kinds of seafood in the world by the International Conservation Organization Blue Ocean Institute and gained the USA Blue Ocean Award for environmental sustainability. The Purest of the Pure

Another key to the green-lipped mussels’ purity, bio-sustainability, and incredible health benefits lies in what they eat – phytoplankton. Phytoplankton is the plant drifters of the oceans, combining energy from sunlight and inorganic chemicals to create energy-rich molecules such as omega-3 fatty acids.

The phytoplankton eaten by green-lipped mussels is particularly special and nutrient-rich because of their location. The pristine waters off the coast of New Zealand are some of the cleanest in the world because of their long-distance from any dense population centers – meaning the phytoplankton and therefore the mussels are free from the harmful effects of pollution.

Plus, surprisingly enough, the giant hole in the ozone layer above New Zealand plays a positive role. To survive the ravages of these especially powerful rays of sunlight, the phytoplankton in New Zealand produce higher quantities of antioxidants than phytoplankton in other areas of the world – which then transfer to the green-lipped mussels.

At TopDog Health, we believe that being proactive in preventing health problems is one of the best things you can do for your dog. Whether you have a puppy, an older dog, or anywhere in between, taking care of their joints now will prevent potential issues, improve mobility, and decrease discomfort. With green-lipped mussel oil supplements, such as Flexerna, you can be confident you’re giving your dog the purest, most complete joint support available, without sacrificing quality or the environment. 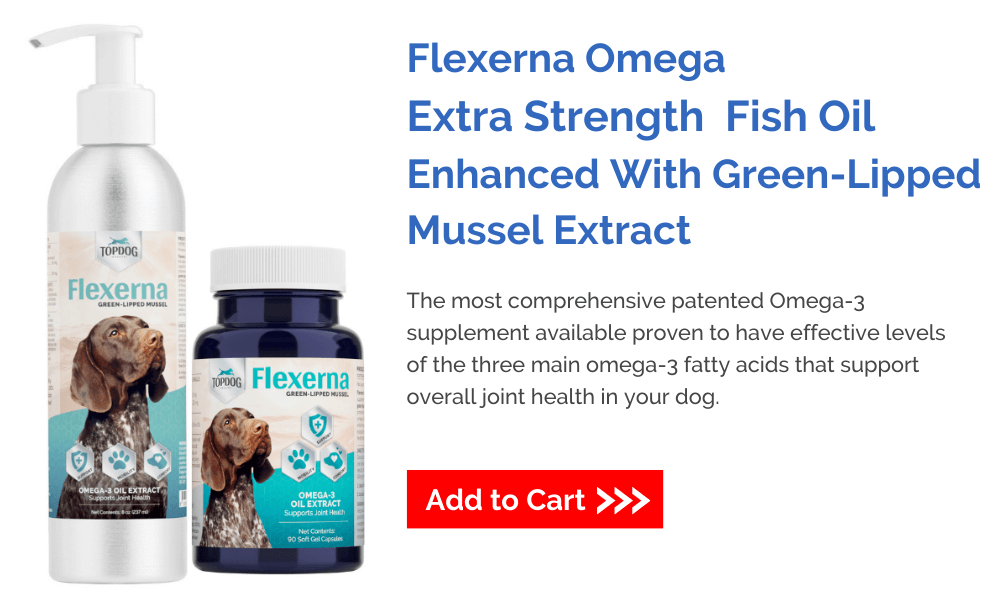 0
0
Your Cart
Your cart is empty
Continue Shopping
Products you might like
Calculate Shipping
Apply Coupon
×
Why Choose to Autoship?