TopDog’s First Patient: The Dog Who Improved Thousands of Other Dog’s Lives 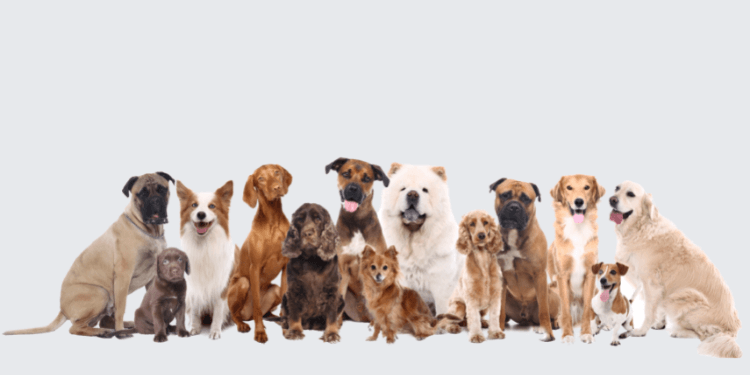 Her name was “Kali” and she changed my life.

August 1, 2004, was the first day the doors opened at our newly constructed TopDog Canine Rehabilitation and Fitness facility. It was a 2400 sq. ft. facility with all the bells and whistles. I was pumped that day for sure. It was my first business and I was passionate about the progressive services we were offering to not only the local community but to my veterinary colleagues.

Expecting a flood of traffic that first day, I was humbled quickly as I patiently sat twiddling my thumbs all day. Finally, at 5:15 pm, the door slowly opened and kind-faced gentlemen walked through the door. Right on his coattails behind him was his dog, an 8-year-old German shepherd, literally dragging her hind legs struggling to make her way through the door.

Getting to know Kali

I clearly remember the uncertainty on both of their faces. I had no idea that on my very first day, my very first patient was going to be “the one” that set the course for my entire career. In hindsight…How lucky was I?!

The owner’s name was Paul and the minute he began talking, tears welled up in his eyes as he began to tell me the story of Kali and how he came to find me.

Kali’s strength and function in her hind legs had slowly been deteriorating over the last 6 months and both Paul’s veterinarian and even his family had been trying to convince him that her condition was hopeless and that it was Kali’s “time” to put her to sleep. A wheelchair was unfortunately not an option for them.

The Misdiagnosis of DM

Kali had been given a diagnosis of degenerative myelopathy by the family veterinarian. Degenerative Myelopathy (DM) is a fairly common neuromuscular disorder found in german shepherds, where they progressively lose function in their hind legs. It starts with slight scuffing of the hind leg nails that progresses to a full “drunken sailor” walk in the hind legs. Most of the time it is a slowly progressing disease that eventually leads to complete inability to use the hind legs and eventually incontinence.

Though there are some holistic treatments available, in general, it is accepted by the veterinary community to be an untreatable disease.

Always Be An Optimist

I was young and naive at the time, but no doubt a hopeless optimist. In my simple mind, I thought if Kali has been progressively losing strength in her hind legs and she is not in any kind of pain then…hypothetically, if I simply served as a personal physical trainer and exercised Kali aggressively…just maybe she could build muscle and regain function. Just maybe, I could help Paul and Kali beat this thing. When I explained this to Paul it made sense to him and he agreed that it was worth a shot.

We worked hard and Kali worked even harder every session, 2 times a week. As with anything in life when you work hard you expect to see results. I distinctly remember Paul coming in after 6 sessions and saying to me that it doesn’t seem to be working; Kali was still dragging herself around and she did not appear to have built any muscle mass in her hind legs.

We discussed his options to either keep trying or believe what others were telling him and put her to sleep. Paul chose to push on. In total dismay…on that seventh session…the door opened and guess who came walking through the door? You betcha…Kali…” The Queen” walking on all fours. No doubt it wasn’t the prettiest walk, but she was up and walking. We both cried….we couldn’t believe it.

After that session, I asked Paul if he could bring Kali up to my hospital, which was 20 minutes north for the day, and let me x-ray her head to toe to see if there was a good reason for this. (His veterinarian had not taken any radiographs previously.)

Guess what I found?

Don’t Judge A Book By Its Cover

Kali did not have DM at all…in fact, she had severe arthritis in both of her knees. Some of the worst I had seen, in my short career at that time. That day it all FINALLY clicked for me…I finally got it. Kali had been suffering from joint pain for a long long time and yet no one ever knew (not her family, the veterinarian, or even myself). Her early signs of joint pain were most likely just passed off as “just getting older” and the later signs of hind end weakness were misinterpreted as Degenerative Myelopathy, most likely because it is a classic German Shepherd condition.

Because of daily chronic pain, I am sure that Kali was slowly moving around less and less and sleeping more and more. We have all heard the saying “if you don’t use it…you lose it”. Well, Kali lost more and more muscle in her hind legs that eventually she had lost so much that she reached what I now call “the critical mass”, which I define as the minimal amount of muscle mass to support the skeletal structure. Muscle atrophy is generally not a fast process, instead, it is a slow and gradual process. Since the skeletal system is supported by muscle there is a critical point where you have lost so much muscle that you simply are not able to get up anymore.

Moving Forward Everything Changed for Everybody

From that point forward EVERYTHING CHANGED for both Kali and me. Kali was started on a comprehensive joint supplement and an aggressive pain management protocol until we had rebuilt substantial muscle mass back into her hind legs. Kali went on to live another 4 years of life in comfort and happiness. It was amazing.

Me, as a young veterinarian, I was sincerely humbled by my experience with Kali. I learned never to just believe another doctor’s diagnosis and to make my conclusions. I learned the massive value of utilizing proper diagnostics before making assumptions about what is going on. I became obsessed with learning the early detection signs of joint pain and sharing that with as many pet owners as I could. I went on to work with some incredibly smart and talented individuals to develop a joint health supplement that I wanted for my patients and a handful of other products to help dogs like Kali.

To this day it still bothers me and makes my heart so sad that this poor dog for years had to silently suffer because she was misdiagnosed due to quick stereotyping and lack of proper diagnostics. From that point forward I made it clear to myself that a situation like this was never going to happen under my watch again.

I am forever grateful for everything that you taught me Kali and because of you, we are improving other dogs’ lives..one dog at a time.

TopDog Health is an education company focused on improving lives for both dogs and their owners. TopDog develops and manufactures products needed in the marketplace to help dogs live a better and more comfortable life.  GlycanAid-HA joint supplement, a 5-Star Consumer Rated product, is TopDog’s most popular joint supplement to date. It is a product Made in the USA & Made with All USA Ingredients.

How Does an ACL Tear in Dogs Cause Other Injuries? AKA Compensation Injuries.
September 9, 2020