The femur is the bone that joins with the pelvis to form the hip joint, known as the coxofemoral joint. The hip is a ball-and-socket joint, with the “ball” being the head of the femur and the “socket” being the acetabulum of the pelvis. In Legg-Calve-Perthes Disease, there is a disruption of the blood flow to the femur. As a result, the bone cells begin to die, and the head and neck of the femur become necrotic. The exact cause of the loss of blood flow is unknown. Still, theories include hormonal influence, anatomic conformation, an increase in pressure, or some other cause of compression to the joint’s fragile blood vessels. This disease goes by several other names, including:

Legg-Calve-Perthes disease is a condition of small breed dogs. The most commonly affected breed is the Yorkshire Terrier, but it is also seen in West Highland Terriers, Manchester Terriers, as well as many other small and toy breeds. The age of onset is typically around 6 or 7 months, but could be present as early as 3 months, or as late as 13 months of age. Both males and females are equally affected. In dogs with Legg-Calve-Perthes disease, 10-17% of them have it in both hind limbs.
RETURN TO TOP

What Are The Signs?

Owners typically bring their dog in to evaluate a weight-bearing lameness that appears slowly and gradually worsens over 6-8 weeks. As the lameness worsens, the dog may become non-weight bearing. In some cases, the lameness may be acute due to a sudden collapse of the diseased bone. Over time, as the animal continues to favor the affected limb, muscle atrophy becomes apparent. This disease is a painful condition. In affected dogs, pain may manifest as irritability, decreased appetite, and chewing at the skin over the affected hip. Pain, decreased range of motion, and a grating sound is often noticeable when the hip is manipulated. The condition becomes especially painful if the bone’s degradation results in a fracture of the femoral head.
RETURN TO TOP

How Is It Diagnosed?

It is diagnosed based on clinical signs and a thorough physical exam. Radiographs are also taken and will show a deformity of the femoral head, shortening, or lysis (destruction) of the femoral neck and areas where the bone is less dense than normal. The femur’s head may appear moth-eaten and/or flattened, and there is an increase in the joint space.
RETURN TO TOP

Why Did This Happen To My Dog?

It is caused by compromised blood flow to the femoral head and neck. However, the exact reason for that loss of blood flow is still unknown. Some researchers believe that it can be due to sex hormones at an earlier age than normal or from injury resulting in damage to the blood vessels. It has been reported that there is a genetic cause for the disease, an autosomal recessive gene that is inherited from both parents.
RETURN TO TOP

How Is It Treated?

Conservative treatment consisting of strict cage rest and physical therapy is generally only successful in a small percentage of patients, and only if the femoral head still has its normal shape and is tightly sealed in the socket. Monthly radiographs should be made until the pet is 1 year of age. However, most dogs require surgical intervention to alleviate the pain and lameness associated with this disease. The surgical treatment is called a Femoral Head Osteotomy (FHO) and entails excision of the femoral head and neck when the bone is deformed or the hip joint is loose. The procedure involves making an incision over the hip region, and then the joint is exposed, and the femoral head and neck are removed. There is no need to secure the cut bone because, as it heals, fibrous tissue will form in the region so that bone doesn’t rub against bone and the muscles hold the hip in place. The difference between having an FHO versus other orthopedic procedures is that activity is not restricted after surgery. It is also encouraged because it will help maintain the range of motion in the joint and strengthen the muscles.
RETURN TO TOP

Can It Be Prevented?

It has been linked to an inherited gene. Therefore, the best method of prevention is not breeding animals diagnosed with this disease.
RETURN TO TOP

What Is The Prognosis For My Dog?

Most dogs start to bear weight about 2 weeks after surgery, and by 2-3 months, recovery is complete. A Femoral Head Osteotomy (FHO) produces much more favorable results than conservative treatment. Dogs improve better and have a shorter recovery period. With the proper surgical technique, virtually 100% of these animals will become ambulatory and free of pain. Physical therapy is recommended to ensure proper healing and a normal range of motion of the hip. A slight limp may remain because the leg is shortened by removing the femoral head and neck, but usually, this doesn’t cause any functional problems or pain.
RETURN TO TOP 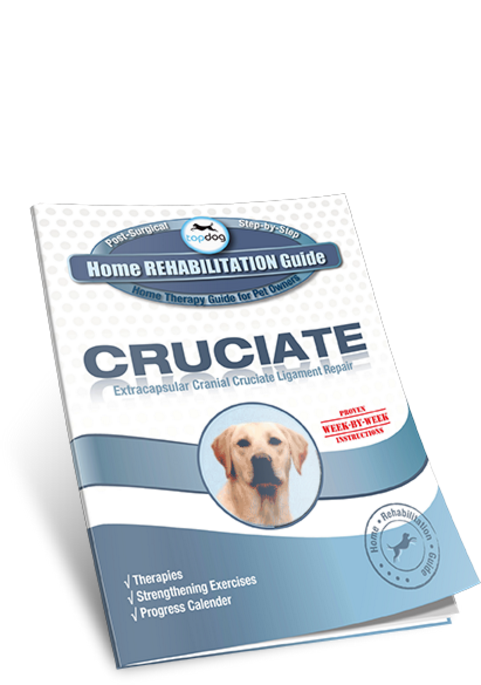