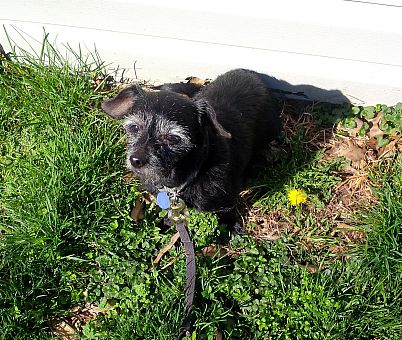 Just wanted to let you know that Inky is still on the GlycanAid HA, and is doing great! She’s going on 12 now, and hasn’t yelped at all since starting on GlycanAid last year. At her last checkup in January of this year from her regular vet, he determined that both stifles are now gone, but advised against the surgery, since she’s doing extremely well on the GlycanAid HA. I really appreciate so much that you developed this product; it’s been a lifesaver for Inky, and was a lifesaver for a little rescue dog I kept while he recovered from FHO surgery.

I also have a friend who has a gigantic old German Shepherd, and I raised the roof with her when I saw how fat he was! He’s now lost over 10 pounds, and looks tons better, and is moving better. I had her put Ruckus on GlycanAid HA, and it’s made a dramatic difference in his comfort level; instead of limping around, he’s back to walking and trotting like a much younger dog now, and is able to go to the dog park for a daily romp again.

Here is an updated picture of Inky. I took this early this morning, when I had my dogs outside. She’s almost 12 years old now; hard to believe I’ve had her for so many years now. She loves her GlycanAid HA; has it every morning at breakfast, and thinks it’s a treat.

I called my friend, and she was nice enough to send a picture of Ruckus. I’m happy that she’s gotten some weight off him, and so is his vet! No more junk treats anymore either; he’s on green beans for treats now. And he thinks his GlycanAid is also a treat! He’s a huge dog, is 6 years old now, and it’s really nice to see him moving around so much better. 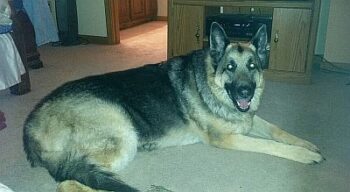